Among Books and Manuscripts: the Paolo Rossi Collection at the Museo Galileo 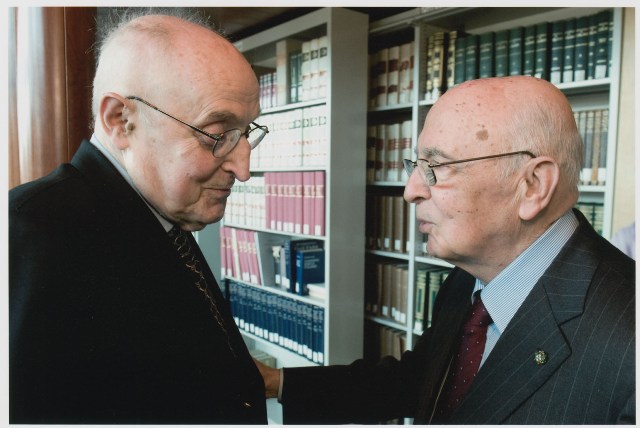 In June 2012 the Museo Galileo Library received as a donation the first part of the personal library - consisting of books and documents - of Paolo Rossi Monti, one of the most distinguished historians of science and philosophy of the postwar period.

He studied under Eugenio Garin, was teaching assistant of Antonio Banfi in Milan and had been teaching as a full professor with tenure in the history of philosophy at the University of Florence for over thirty years. Rossi decided he would donate his valuable private collection of books on the history of science and related archival material to the museum on his death, so that “they will not be dispersed, but could be used by young people working in our field of study”.

Thanks to the financial support of Regione Toscana, the Rossi collection, as to the part of books and documents donated to the library, has entirely been catalogued and can be searched in the collective library database.

The book collection consists mainly of texts in the history of philosophy and history of science, but also includes volumes dealing with political, sociological and religious subjects. It is made up of about 4,500 modern monographs, approximately 5,000 items of a miscellaneous collection (abstracts, photocopies, typescripts etc.) and some hundreds of periodicals’ issues.

The archive material is gathered in about 60 folders containing scripts and notes in the fields of the history of philosophy and history of science, papers discussed at workshops and conferences, drafts, press proofs and preparatory texts for publications, documents related to his tenure and dissemination activity etc…

Besides paying an homage to Paolo Rossi, the initiative is also held to remember our colleague, Daniela Carrara who, in the months prior to her premature death, devoted herself to organizing and describing the Rossi papers.